Recently, Anbang Guard Group Co., Ltd. (hereinafter referred to as “Anbang Guard”) has updated its prospectus and plans to publicly issue no more than about 26.8817 million shares in the A-share market. The raised funds will be used for the digital upgrade and development of the group. The lead underwriter is Caitong Securities for the project, the Zhejiang Public Security Service Center (Phase I) project and supplementary liquidity.

According to the prospectus, the company has more than 16,000 employees, more than 2,100 network courier vehicles, and more than 3,200 anti-riot guns. Stablize.

From the comprehensive three-year performance income, it can be seen that since 2019, Anbang Guard’s operating income has continued to rise for three consecutive years, and the cumulative three-year revenue has exceeded 6 billion yuan. From the perspective of accounts receivable turnover, the book balance of accounts receivable in Anbang Guard’s reporting period accounted for about 6%-7% of operating income, which remained at a low level with little change, and the pressure of payment collection Small.

The prospectus shows that the investment in this fundraising project is 472 million yuan, including the digital upgrade and development project and the Zhejiang Public Security Service Center (Phase I) project.

The Ministry of Public Security promulgated the “Notice on Printing and Issuing” in 2017, which clearly and strictly controls the approval of security network courier guarding companies. In principle, localities will no longer allow the establishment of new security companies that provide armed guarding network courier services, which means that this industry is very difficult. There are new competitors entering the game.

The two characteristics of the armed network courier industry are that the qualifications are difficult to approve and the registered capital is high, although it can allow Anbang guards to form a monopoly in the province by virtue of their exclusivity and first-mover advantage in the short term. However, in the long run, many people believe that because armed network courier companies often “operate on separate sites”, it is difficult to operate across cities or expand their business territory, and the company’s growth space is very limited, and Anbang Guard has reached the “performance ceiling”.

In the past two years, the company’s top five customers are the Zhejiang regional branches of the four major state-owned banks of China Construction Industry and Agriculture and the Bank of Ningbo. The total sales of the top five customers in 2021 will account for 35.65%.

According to the prospectus, most of Anbang Guard’s service objects are banks and major customers. From 2019 to 2021, the company’s income from bank customers accounted for 86.01%, 82.87%, and 80.68% of its main business income. Although there has been a decrease, they are all above 80%.

In detail, during the reporting period, Anbang Guard’s network courier business accounted for 72.81%, 69.15% and 65.84% of the total revenue respectively. Although the figures are still high, they show a downward trend year by year.

It is worth noting that Anbang Guard’s financial outsourcing business and the other two business sectors have grown at different rates in recent years.

For example, in terms of comprehensive security services, the company provides integrated security services for key units and large-scale events, and at the same time sells the company’s research and development of smart network courier vehicle-mounted systems, coin return management systems, smart gun stocks and other security equipment. The company has also developed security engineering projects such as Zhi’an campus, two-wheeled electric vehicle anti-theft project, and smart prison, making innovations in system security. In terms of security emergency services, the company combines video surveillance, network alarm, access control systems and other technical defense technologies to carry out closed-loop management and control of the property involved in government departments and large institutions. At the same time, the company also provides traffic emergency services such as road rescue and traffic facility maintenance, as well as emergency material reserves and emergency rescue services. It can be seen that Anbang Guard is also actively expanding its business.

In recent years, with the increasing popularity of mobile payment methods and the gradual expansion of the digital RMB pilot program, the amount of cash used and the usage scenarios in the whole society have been continuously reduced. According to the data of the People’s Bank of China, from 2016 to 2021, the amount of cash deposits and withdrawals in my country will gradually decline, and this development trend will continue in the future.

According to the prospectus, the armed network courier business of Anbang Guard is mainly a cash network courier, and the network courier custody of valuables such as gold, jewelry, securities, safe boxes, and confidential files other than cash is less involved.

It is reported that at the beginning of this year, Beijing Zhongguancun Bank and Liaoning Zhenxing Bank successively issued announcements that they would suspend the cash collection and payment business. The cost of cash business is high, and some private banks have begun to find another way out. In addition, the phenomenon of financial network courier companies closing down due to shrinking business has occurred in overseas countries and regions including Hong Kong, China.

You may have missed 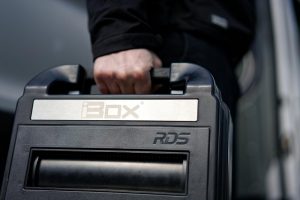 The First Stock Of Armed Network Courier Is Coming